How To Write Term Paper Introduction Without Any Mistakes

An introduction of a college term paper creates the first impression in the reader’s mind. A catchy, well written, organized and proper introduction should always establish the main argument of the paper.

A proper introduction should have the answers of the following questions –

There is a basic structure of writing an introduction without any mistakes which one can follow. Even hiring term paper writers for a great intro can be an effective idea.

Fix the approach for the introduction

An intro should attempt to enlighten the reader on the justification of the whole work. It should state why this particular work is necessary in the research of this field.  So a unique approach on how you are going to deal with the introduction is always very important. One can follow certain techniques to identify a proper approach –

One can even continue with the tradition of existing researches on the topic. So the first step while writing an intro is to set the approach, which gives the paper a proper context. One should be careful to incorporate only the most relevant information to make it crisp.

Include the Thesis Statement

Generally the thesis statement is either the first or the last sentence of the introduction.

One can follow the inverted triangle structure while writing an intro. This structure contains the broader aspects in the beginning, an analysis to the specific topic through logical progression and a conclusion to finally reach to the argument. Consider the intro as a mini essay which has the same structure – introduction, body and conclusion. One can find several examples of online term papers for reference.

An intro cannot be too long or too short. The thumb rule of setting the length is that it should be 5-10% approximately of the complete paper.

The flow of information

Some points one should remember which helps to maintain the flow of information.

The main challenge of writing a term paper is to create an intro which manages to hook the reader from the very beginning. To write such an intro some tricks can be followed:

It’s better to choose only one trick to write a catchy introduction. Avoid using multiple strategies, the intro might lose focus.

Remember, the introduction of the term paper has to be crisp, direct, to the point, error free and engaging to create the impression. An ordinary, messy, disordered, and vague introduction can lead to a very negative feeling in the reader’s mind. It’s not at all a bad idea to buy term papers online to get a professional touch in the introduction. 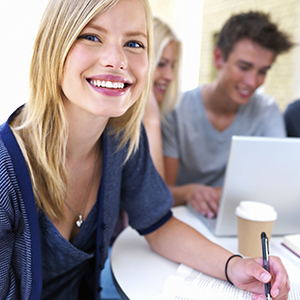 Thousands of students fail to write good papers only because they don't believe they can do it.